Home » All Blacks Successfully back at the Top, Aussie Player Receives Citation

All Blacks Successfully back at the Top, Aussie Player Receives Citation

Australia’s Rugby World Cup dream is not over yet, but they’ll have to keep up with the All Blacks. As the first matches of the World Cup took place over the weekend, New Zealand once again became the favourites. Australia is #6 while Ireland and England are fighting for #2 in the first week of the tournament. Of course, nothing is guaranteed for AU bettors yet.

However, the odds for the rest of the Pools don’t look good. Overall winner predictions are favouring the All Blacks with average odds of 6/5 (1.2). While Australia is trailing significantly on all fronts along with South Africa. Even predictions for the quarter finals and semi finals are still iffy. Unfortunately for the Wallabies, it’s not looking good after controversy after Sunday’s match with Fiji. 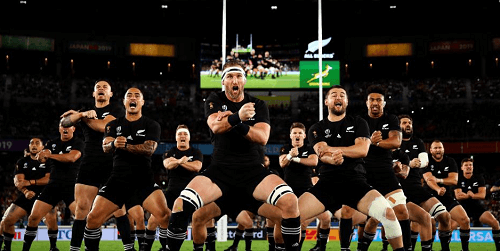 According to some ardent fans in Australia, the referee for the Wallabies against Fiji was biased. While footage shows the ref raising his arm to a successful try from a Fijian player, he has claimed that this was unintentional. Current claims are being used to declare that Reece Hodge’s citation for alleged foul play was also unfair.

However, the Kiwi ref was not involved in the decision handed down by tournament organisers. An official statement claims that the 25th minute tackle contravened Law 9.13 because Hodge made a “shoulder-led, no-arms challenge” to stop a try. Hodge will have to face an independent judicial committee. The committee will consist of former international coach Frank Hadden (Scotland), Nigel Hampton, QC (New Zealand), and former referee Jose Luis Rolandi (Argentina). The date and time will later be revealed for the hearing in Tokyo.

All Blacks Could Cruise to Finals

Many sites are predicting that the All Blacks will sail to the finals, where they could face England. Currently, the Roses are runners up on almost every leader board. Of course, professional rugby remains highly volatile, so time will tell.

On the other hand, Japan’s run is proving surprising as they are currently sitting on #9 for the first time. As the hosts, they will be under scrutiny for the remainder of their run. Luckily, they’re playing too well to doubt and could make it to the semi-finals. We’ll be updating this story as the tournament goes on.