An upcoming merger between Sportsbet and BetEasy will result in a large part of the gambling sector being dominated by just two brands. The owners of Sportsbet (Flutter Entertainment) and BetEasy (The Stars Group) will soon own a large slice of the AU betting industry. Market research company Roy Morgan has researched the deal and revealed these findings to the public.

An estimated 1.7 million AU bettors use either Sportsbet or BetEasy, with 44% of our population favouring Sportsbet. At least 15% of bettors also use BetEasy for wagering. These statistics form a worrisome scenario for competition in the market from other sportsbooks. While TAB.com.au/UBET remain the leader of the online betting market, the deal could make things difficult for them. 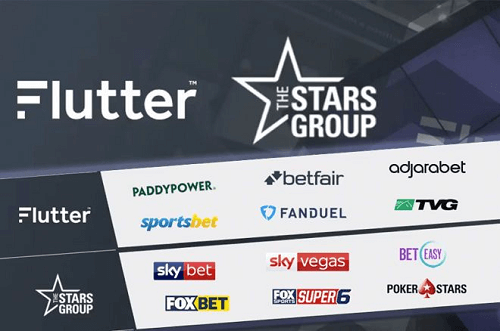 Sportsbet & BetEasy to Make up 52% of the Market

According to Roy Morgan, the two online betting brands will take over 52% of the market. This figure comes from a Roy Morgan Single Source survey taken by 50 000 Aussies every year. In the past few years, online gambling has thrived due to smartphones and mobile betting. As a result, more Australians are using online betting platforms like Sportsbet.

Of course, this means that the market is extremely lucrative for big mergers. However, the Australian regulators could put a stop to the whole thing. Since it’s not the first giant merger, the fate of BetEasy and Sportsbet is subject to competition laws. In 2017, Tabcorp-Tatts was almost stopped from merging in Australia based on these laws.

The Australian Competition and Consumer Commission (ACCC) will likely review the merger before it can legally go ahead. However, no one can be sure what they will rule if there is public opposition. In fact, it’s a 50/50 split, which are not great odds if you’ve wagered before. So, we’ll be watching this deal and further surveys to see if it will go through.