Formula 1 2021 is going to be intense for fans and teams after F1 revealed their plans. According to reports, the changes are going to make the sport “more competitive and thrilling”. After the World Motor Sport Council approved the changes, Formula 1 informed the teams. Their new car designs are already making waves.

A new package of regulations will cover the sporting, technical, and financial rules for the next season. Included in the changes are some significant design regulations for the “striking new-look” cars. Concept images show “dramatic bodywork” with “simplified front wings” as well as larger wheels. Reportedly, F1 is confident that the changes will improve on-track battles and overtaking. 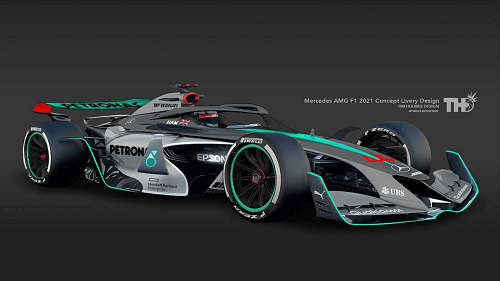 Since most people are more interested in the cars, we’re going to start with the new designs. Concept sketches show that the aerodynamics have been improved dramatically. In addition, there are new limits on care upgrades for each team. Moreover, they will be limited to standard parts and 45cm (18-inch) wheels with lower-profiles tyres. These cars will likely go even faster and be safer for the drivers overall, while allowing them to race closer.

However, all teams are capped at AUD225 million for overall costs. By capping costs, Formula 1 hopes to keep things fair between teams. Still, these caps don’t apply to drivers’ salaries or marketing. Leading teams currently spend more than AU$435 million per season, though smaller teams spend closer to AU$145 million.

Intentions for the Next Season

According to the Formula 1 2021 statement, the new rules were introduced with the aim of:

In addition to the above changes, there will be an increase in races to 25 per season. And finally, the race weekends will be condensed to hold the pre-race conference before Practice 1. We’ll be watching every race to keep tabs on further developments.