In an unsurprising twist, a Hearthstone trophy fell to pieces once again during a victory broadcast. If you’ve ever watched an eSports final, this is as surprising as hitting your toe on a corner. So, why do eSports trophies get so little attention, and possibly glue? Well, it seems the game developer, Blizzard, was a little more preoccupied with recent scandals to put the trophy together properly. In fact, they seem to have forgotten some glitter, too.

When Eddie “Eddit” Lui won his award, he lifted his prize in the air. And the top promptly fell off, nearly missing him in the fall. In a statement, Blizzard PR Coordinator Eric Elliott claimed that the trophy “didn’t exactly break”, it just wasn’t secured properly. He claimed that the trophy was meant to come apart in order to fit into a suitcase. Further, he guaranteed that Blizzard would fix any truly broken trophies if they did break. 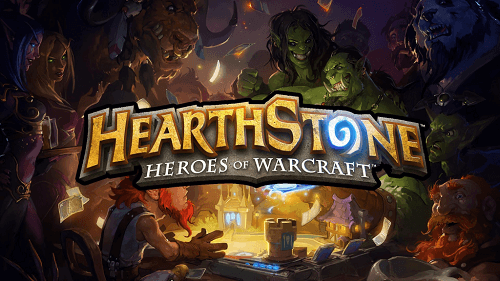 Bring on the Glue for Hearthstone

At last year’s Hearthstone final, the big prize also broke right on camera. The handle snapped off just as winning team RunAway picked it up, cementing the tradition for Hearthstone. However, Blizzard is not the only eSport to give gamers shoddy trophies. Rocket League’s big prize also snapped apart as the team won $50 000 in prize money. Then there’s CS:GO whose trophy came apart as soon as the winners touched it.

You’d think that eSports leagues would go where every other sport does, to a reputable trophy maker. Instead, they opt for cheap plastic that will leave the stage in a bag and take hours to reassemble with better glue. At least the cash prizes won’t fall apart, now that bigger sponsors are entering eSports.

Since the trophies might not last, at least there’s video proof for gamers who get to the top. Of course, there’s no guarantee that the videos won’t be taken down, but we can hope. Perhaps the next few tournaments on the calendar will be able to save some face and be better than Blizzard. Here are two of the last eSports tournaments this year: