Home » James Maddison Facing Penalties for Gambling at a Casino

James Maddison Facing Penalties for Gambling at a Casino

James Maddison is in serious trouble after photos of the professional footballer surfaced. While it may not be a sex scandal, his presence in a casino is against the rules. Maddison was photographed shortly after being dismissed from the English squad at a poker table. Since this is against the UK’s professional soccer rules, Maddison is facing severe penalties.

However, his coach from Leicester City is insisting that his casino visit was innocent. Brendan Rodgers is convinced that the player did nothing wrong and that he’s been “wrongly portrayed”. Maddison, who is reportedly suffering from an illness, was in the casino when England was defeated by the Czech Republic. 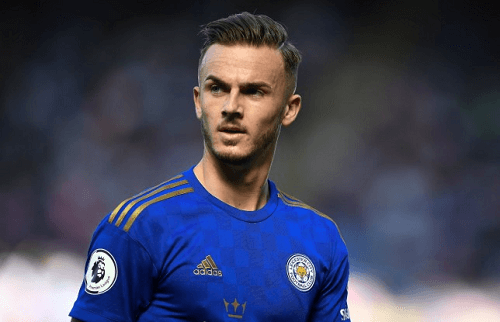 Rodgers further stated that James Maddison was only watching the match in the casino at the time. In addition, he denied that the player had faked his illness to avoid the match and gamble. His seat at the gaming table is suspicious and exclusive pictures may prove that Maddison was playing poker. After all, he could have sat in the bar just as innocently.

Some fans at the casino revealed that he’d been wearing a baseball cap and a hood. However, he took pictures with fans and chatted. Reportedly, Maddison is known for loving poker and taking part in tournaments. According to poker databases, he’s won £5000 (AUD9410) to date. Last December, he also won £2300 (AUD4327) at a charity event.

James Maddison is certainly not the first player to be caught gambling. Daniel Sturridge recently got fined for gambling on the 2018 trade window and passing on information. Later, he was banned for six weeks and had to pay £75 000 (AUD141 130) in fines. The UK’s Football Association (FA) did not approve. Joey Barton was also caught and suspended for 18 months.