Kate Palmer Stepping Down as Chief Executive for Sport Australia

Since 2017, Kate Palmer has been leading Sport Australia and regulating professional sports across the nation. As the former head prepares to leave, many are speculating about her successor. While she was in charge of sports funding, Palmer achieved a lot for elite sports. In a joint statement from the body and Palmer, she claimed that she was proud of her tenure.

Palmer also said that the progress made for Australian sports, physical literacy and being active was her greatest achievement. She also stated that “driving government and management improvement across sport” was another success. Chairman John Wylie also went on record to say that Palmer had “contributed important change” that will be seen at the Tokyo Olympics and Paralympics. 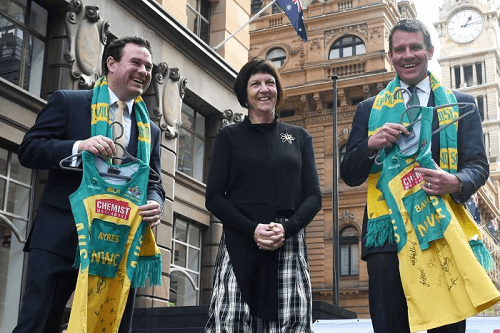 According to Wylie, Kate Palmer led an “ongoing process of building capability and governance reform among national sports organisations”. She had also put in place “important safeguards” to protect minors in sports. In addition, she is credited with establishing the Australian Institute of Sport’s (AIS) more focused approach.

During this time, the ongoing review of efficiencies in Sport Australia and the AIS. The review is headed by former federal sports minister Rod Kemp. An acting chief executive is expected to take over from Palmer until a successor is found. From the praise above, the next chief executive has a lot to live up to.

According to reports, funding uncertainty for the AIS and Sport Australia is the main objective of the review. Recent grants have been “Band-Aid packaging”, leading to problems within sports. Funds for Australia’s Olympic campaign are a high-priority, but aren’t guaranteed. The review by Kemp and his committee will have to find these funds somehow.

Unfortunately, the federal budget is tight and Kemp is already drawing criticism. In the last Olympic campaign, AIS funds were used for Olympic sports exclusively. However, the Rio Olympics didn’t earn the expected medals, bringing the decision into question. Wylie is looking to focus on a single sport and targeting grassroots sports up until the elite. This is likely to cause tensions, but we’ll be keeping tabs.

So, keep visiting BestAUBettingSites.com for the latest sports news and Olympics updates!