After ending their run in the Rugby World Cup, a few Uruguay players reportedly damage a bar in the city of Kumamoto. Allegedly, several players had spilled drinks, punched mirrors and tore apart a stuffed bar. In addition, two players have been accused of tackling a bar employee during the incident. World Rugby apologised to the city for the “disappointing incident”.

In a statement, World Rugby also stated that it was “aware” of the incident involving the players. They claim that the “alleged matter is very disappointing” and that it doesn’t reflect their values. A local news agency stated that police were investigating the assault and were questioning the players involved. However, there was no direct comment from Uruguay in a statement or on social media. 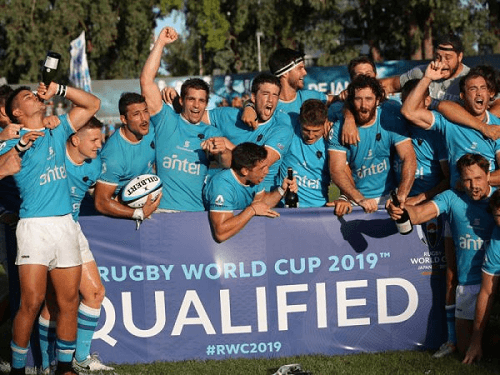 Failure to comment on the incident could be a damage-control strategy by Uruguay, but it’s still suspicious. After all, the two players involved in the assault will have to face Japanese justice. Reportedly, the Japanese community have also disapproved of fan behaviour in public, if quietly. Still, the team has already flown home.

On the team’s Twitter account, there has been no mention of the incident or anything else. They appear to be ignoring the incident while the investigation is ongoing. Controversy has dogged the tournament as referees’ decisions were called into question many times. In addition, a number of players from other countries were penalised for high tackles.

While many believe that the tournament has been pretty smooth so far, the fact that World Rugby gaffed by playing a Russian song after Georgia’s win was worrying. In post-match interviews, the issue was mentioned twice. World Rugby apologised, but the Georgia side was still upset. It would seem that attention to detail is lacking this year.