One lucky Melbourne Cup punter has won a staggering $793 000 payout after his date decided to dump him. The bettor, who made a $10 top four wager, had no idea he’d won as his date brushed him off. In fact, he probably had bigger things on his mind when the stewards inquired into Master of Reality’s interference of Il Paradiso. According to the punter, he thought he’d guessed right, but in the wrong order.

While speaking to SEN Breakfast, the Melbourne Cup punter said he’d had a few more drinks after being dumped. Before his date left for the five o’clock train, Kenny (no last name) opened up his Sportsbet app in the hopes of making another bet. Instead he “suddenly started screaming”. He’d just received the notification that he’d won the jackpot of a lifetime. 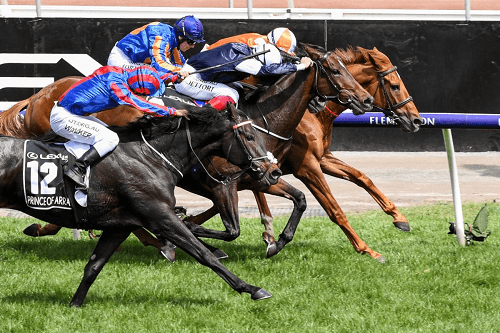 In his own words, Kenny admitted to “gambling heavily in the past” but he says he’ll put his new fortune to better use. While he bought lunch and a few drinks after receiving the news, he told SEN Breakfast he still hasn’t spent a cent of his winnings. He says he’ll stay a carpenter and possibly buy a house on the Gold Coast. That’s one smart Melbourne Cup punter.

As for his date, we hope she hasn’t decided to take him back. Even though he’s remained anonymous in the press, we expect the nearly millionaire will try to keep quiet. After all, we’ve all heard the horror stories of people who won it all and had family crawling out of the woodworks. Hopefully, Kenny can help out his family and stay under the radar. Reportedly, Kenny hopes to keep his winning streak going at Oaks Day and win a little more.

Though the Melbourne Cup is officially over, Oaks Day is coming and the results are sure to shock. Two jockeys have been banned from further races after the Cup, and it’s hard to say who will win the next fixture. Moreover, the runners are pretty close for today’s races. We’ll be watching Moonlight Maid, Miami Bound and Gamay for a winning run.

So, keep visiting BestAUBettingSites.com for updates!