The new Call of Duty League is set to begin with 12 franchises and events for eSports fans. Next year, the inaugural season will kick off at the Minneapolis Armory in Minnesota. In an announcement, the league branding and prize pool were revealed, as well as the platform. The league will be played on the PlayStation 4.

In a video, the branding and team homes were shown off in a dramatic black and white animation. They have also confirmed that the franchises will travel to play teams at home series events. Until now, details about the league have been scarce. Despite the name being known for a while, Activision Blizzard has been mum about everything. 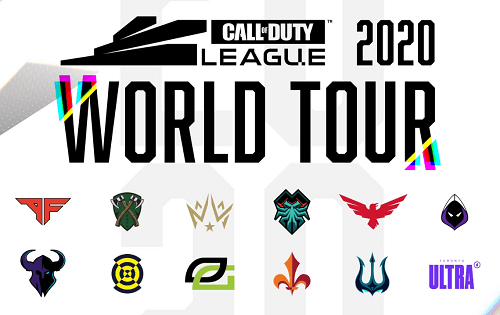 Along with team names, confirmed team rosters have been announced on the official website. A lot of big names in the Call of Duty League are taking part. Officially, teams will play Call of Duty: Modern Warfare for the tournaments.

With the growing popularity of eSports, it’s exciting to have new games in the mix. And, who knows, prize pools could go up as the Call of Duty League grows. We’ll be placing a few bets, but most eSports betting websites will have to decide on the odds.