New Zealand v Ireland was what many would call a “trouncing” for the Irish. By full-time, the score of 46-14 was pretty embarrassing, but New Zealand are used to a big gap. After all, they haven’t played a single game without a score in the double figures. This makes betting on the World Cup almost as boring as an outright F1 winner stake.

It’s been 24 years since the two sides have met at a World Cup, and nothing has changed. New Zealand were quick out of the blocks and Aaron Smith managed some smart finishes. With a clinical approach to the game, the New Zealanders were dead-set on making it to the semis. Even though Ireland beat them in 2016, they seem to have taken it to heart and aimed for the jugular. 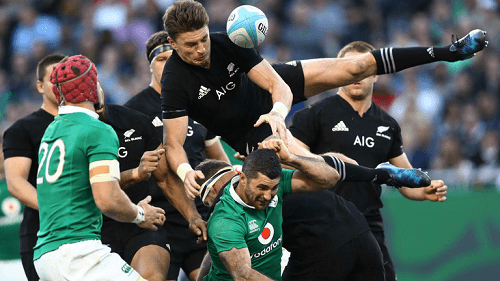 Seven tries in and New Zealand was running circles around the Irish. While they only managed three conversions and missed two, it was spectacular to see the All Blacks move. Even with multiple substitutions, the momentum never slowed and Ireland only managed two tries. On the other hand, there were a few “needless” penalties from the NZ side and some knock-ons.

Meanwhile, the Irish struggled to gain possession and fumbled when faced with Joe Moody. Still, the Irish admitted that their improvement over the last twelve months wasn’t enough to win. They may be trying to get back on form, but there’s a lot to consider and practice before they try again in 2023. Maybe the next New Zealand v Ireland match up will be more evenly harmonised.

New Zealand have always been the favourites to win, despite some small doubts at the start of the World Cup. As always, the Kiwis have been giving lessons to their opponents in Rugby, and they are the masters for the moment. Even if we’d prefer Australia to have played better, we’ll settle for a Kiwi win. Check out these odds before making a final bet.