New Zealand v Wales was an interesting match, now that the All Blacks are back in form, they seem hopeful for the next World Cup. Only eight tries were scored, but the game was hard-fought on both sides. While the bronze match is not the most important fixture, it seemed to cheer up the New Zealanders who were shell-shocked by the last match. After all, England beat the best side in the world for the first time in a decade.

So, what happens now for the Cup hopefuls who lost it? Well, they seem determined to turn things around by 2023. Come hell or high water. Wales gave an admirable performance, but the injury-ravaged side had no hope for a win this time. The Welsh side has proved that they could make it to the top, but they couldn’t hold on until the end. 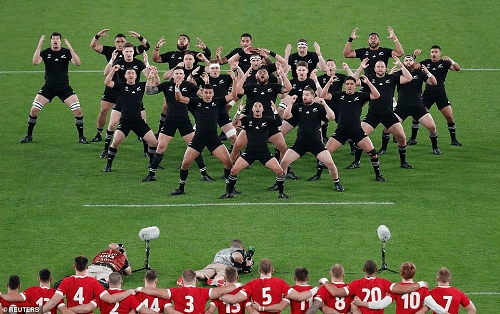 Odds on this match were close, but New Zealand weren’t the favourites to win. With recent poor performance, the medal was expected to land in Wales. When they missed the first penalty, predictions on a loss were high. Until, that is, they got two tries and a conversion. Of course, Wales wasn’t far behind, but they soon lost momentum.

Another penalty for the Welsh brought the total score up, but they couldn’t hang on as NZ scored two more tries and conversions before half-time. As the second half kicked off, another try and conversion for New Zealand bumped them up to 35-10. A string of substitutions for Wales just couldn’t save the score. Though New Zealand’s subs did manage to make things more interesting. Then a final try by the All Blacks clinched the medal after Wales got up to 17. At full-time, New Zealand v Wales ended on a high note.

Now that the All Blacks’ coach has redeemed himself, he’ll be exiting to make way for a successor. A few coaches have been tapped, but one hopeful will disappoint Australia. Michael Cheika was sacked, and Rugby Australia is now grasping at straws to try and save the Wallabies. Most experts, though, don’t think a new coach will manage it.

There you have it, New Zealand v Wales is over and Australia is still grasping at straws. We’ll be posting updates on Rugby Union news. So, keep visiting BestAUBettingSites.com for more rugby news!