Pool match winners will duke it out this week for the quarter-finals at the 2019 Rugby World Cup. At the moment, it’s anyone’s game thanks to Japan’s surprise win against Scotland. The first few matches are scheduled for 19 October, and we’re hoping that any further typhoons stay away from Japan after last weekend’s chaotic schedule.

So, with pool match winners will have what it takes to get to the semi-finals and who will take home the trophy? Right now, all bets are on New Zealand to win and face off against one of the other pool winners or runner-ups. While we admire the confidence of other sides, New Zealand seems fixed on their third consecutive World Cup win. Hopefully, Australia will still give them a harder go than their most recent matches. 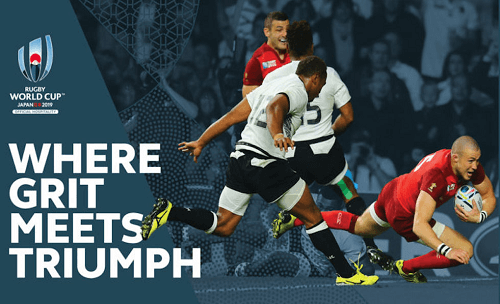 Over the weekend, some matches on the southern coast of Japan were cancelled. England v France and New Zealand v Italy were announced as draws and each team received two points according to World Rugby rules. However, some of Sunday’s matches were up in the air and Scotland was acting like it was the end of the world. Either way, they lost to Japan and will be meeting Georgia at the airport. Here are the other match highlights for Aussies.

Those betting on Samoa were extremely optimistic, but the Irishmen had a fire in their hear. Even with four half tries and a yellow card, the Irish team proved that they had what it took to go through. If you include the 47-5 full-time score, Samoa had no hope.

While no one expected the USA side to do well, the Tongan strategy was a masterclass of sneak attacks. As a result, the USA bows out with a last score of 31-19. While they had 147 tackles, it was nothing to be proud of for the exhausted Americans.

And finally, Wales v Uruguay secured the Welsh a ticket to the quarter-finals with a full-time score of 35-13. As pool match winners, they are expected to make it to the finals. If they don’t, there’s a chance that the whole of Wales will be a lot poorer. Uruguay will be returning home with no World Cup wins yet again.

Now that the many Pool match winners have secured their spots, it’s down to their performance in the quarter-finals. Here are the upcoming fixtures for the finals of the Rugby World Cup.