The Presidents Cup 2019 will feature some of the best golf players in the world this year at the Royal Melbourne. Five Australian players have been confirmed for Ernie Els’ international team. While Tiger Woods has named himself captain of the United States team. It seems that Woods is leaving nothing to chance with his loaded team this year.

Each side will feature 12 players, who will have to play their best in the Presidents Cup 2019. With four Aussies on his side, Ernie Els is fairly confident in his choices. Meanwhile, Woods has targeted six of the top ten players in the world to join his side. We’ve compared their captaincy choices below, and added some odds for good measure. 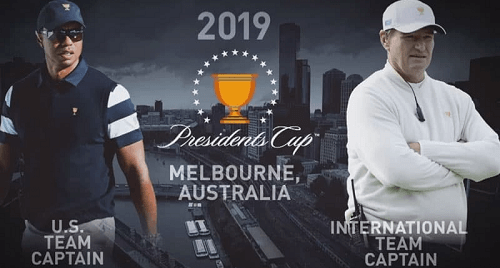 Odds on the Cup

With the teams stacked as they are, fans and bettors are looking forward to 9 December for the official start. With just a week to play, it’ll be an entertaining one for Australian’s around the Royal Melbourne Golf Club. According to the experts, though, the United States team is expected to take home the Presidents Cup 2019.