In the wake of COVID-19, the pro gaming industry is taking up the mantle of traditional sports to entertain millions of viewers. According to the latest statistics, two professional competitions have witnessed record-breaking viewership numbers on streams. League of Legends (LoL) and Counter-Strike: Global Offensive (CS:GO) both set new records for their regional tournaments.

Both games are leading the pro gaming industry in terms of prize pools and viewership, but the latest numbers are exceeding expectations. As reported on the official LoL eSports site, the European Championship viewer numbers for the Playoffs totalled 10 662 283 hours watched (an increase of 71.35%).

Meanwhile, CS:GO set a new record of 489 120 concurrent viewers across all platforms. Also, hours watched jumped 113.2% year-on-year. So, how are these leagues managing it? 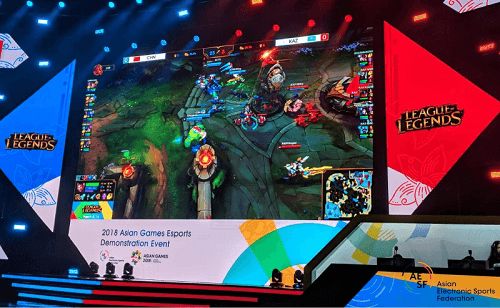 In March, LoL made the decision to let the North American and European tournaments take place remotely. However, this opened up concerns of foul play, since the matches usually take place in arenas with closed networks to prevent cheating.

Instead, Riot’s competition operators have introduced:

These measures have an added benefit by giving viewers extra footage throughout the broadcast. CS:GO has similar rules in place as they gear up for the ESL tournament from 30 April. Of course, these are going to be sorely tested before the pandemic ends. So, here’s hoping that other leagues will be up and running while people are still home.

Where to Watch eSports

Depending on the game you’re interested in, you can view live streams on a variety of platforms. Here’s a quick list:

For updates on the latest tournaments, the pro gaming industry, and esports news, keep visiting our website!