Riot Games has asked all players and “shoutcasters” not to discuss personal views during League of Legends broadcasts. This is after Blizzard Entertainment faced international backlash for punishing a player who spoke about the Hong Kong protests. Reportedly, Riot is catering to China because of financial motivations. In addition, brands like Riot Games prefer to remain neutral about politics in case of legal blowback.

While many disapprove of this stance, it is a better alternative to being taken to court. Moreover, it keeps the focus on eSports, instead of outside factors. Still, a global platform like these tournaments brings a lot of millennial attention to the issue. League of Legends’ Head of eSports, John Needham, stated that casters and players should “refrain from discussing any of these topics on air”. He didn’t mention any personal channels. 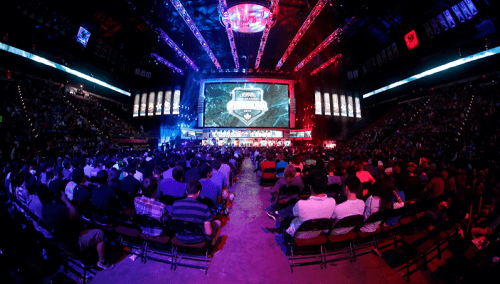 Many of the best players in League of Legends hail from Asia, and they have thousands of fans in Korea as well as China. So, it’s no wonder that the developer is trying to stop a potential ban from these countries. After all, they have to keep their biggest customers happy by remaining neutral. Gone are the days when brands could say what they want and face no consequences.

Of course, there’s still the issue of association with players who share their personal views. But Riot will probably not be held responsible for their opinions in international legislation. So, they will still need to tread carefully to avoid a countrywide ban in China.

Focus on the Game

According to an official statement from Riot, the focus should be on the game. Since these game developers “serve fans from… different countries and cultures” they want to keep things tame. They believe that “sensitive issues” shouldn’t be shared to avoid scandals and other issues. More so, they acknowledged that this stance was “idealistic” because they just wanted to “bring people together”.

While many remain sceptical about the efficacy of this policy, Riot Games will likely stick to their guns. Who knows, they could probably add a “report” feature to their own content like in their games.