Scotland v Russia is one of the last fixtures before the quarter-finals of this year’s Rugby World Cup. As such, it was a pretty exciting match for the Scots, who ended with a score of 61-0. However, they still have a shoot out to compete in for a spot in the finals. Odds on a win are low, but Scotland seems determined to fight for their win.

As one of the top ten teams in world rankings, the Scots are really trying to climb the ladder this year. Still, it’s a long climb to get to New Zealand at #1, or close to the Wallabies on #6. Surprisingly, Argentina is sitting pretty on #10, just under the Scots. And just like previous tournaments, the climbers and fallers are the outliers, like the USA. 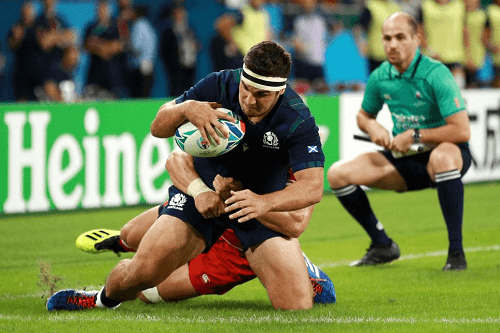 The Scots started strong with three ties from Adam Hastings, who also scored two conversions. Another conversion by George Horne closed off the first half. Then Horne scored the first try of the second half, starting a snowball of points for Scotland. In addition, Scotland managed 850 metres with the ball in hand. More so, they only missed three tackles. Russia ended their run with four defeats and will not continue in the tournament.

As it stands, Russia is currently world #20, and they are unlikely to progress until the 2023 World Cup. For the moment, the odds are not in their favour. On the other hand, the top four to win are New Zealand, England, South Africa, and Wales. Australia has a little bit of work to do to get in there and take the title.