Free non-contact footy sessions are coming to Australia with the Move It AUS “Find Your 30” campaign. Both Touch Football Australia (TFA) and the National Rugby League will be offering skill sessions to 13 to 18-year-olds starting today. Girls in this age group will receive the most attention in the skill sessions. At least four sessions are scheduled before a gala day.

A big part of the Move It AUS campaign is to encourage children to get their 30 minutes of activity in. That’s why Sports Australia has given the initiative a grant to start teaching kids from a young age. While Australia may not be at America’s obesity levels, it is a growing concern. In addition, the “Find Your 30” project is aiming to motivate more young people to get into the Rugby League and Touch Football Association. 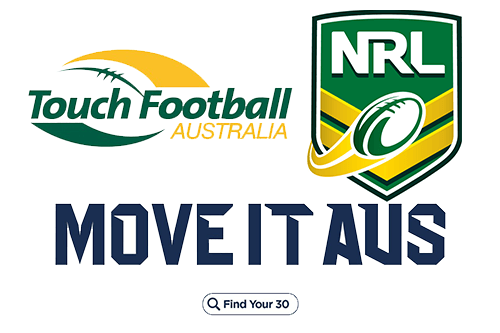 Meanwhile, TFA CEO, Jamia O’Connor, says that the positive aspects of the sports are seen all over the country. This can be seen in Katherine, Broome, Griffith, and Mt Gambier, where the programs will launch. He also claims that the “Find Your 30” initiative with non-contact sports can be played by anyone and bring communities together.

According to reports, the programs will be rolled out in the Northern Territory, Western Australia, South Australia, Queensland and New South Wales. Richard Colbeck, the Minister for Youth and Sport, has also claimed that the program will “get Australia moving”. He hopes that it will lead to AUS becoming the most active and healthy nation worldwide.

The Morrison grant, he claims, will support the NRL and TFA partnership to get the ball rolling. Moreover, it’s hoped that teens will feel more confident in physical activity. The programs will run until June 2020. Cheers to “Find Your 30”!

Keep visiting us at BestAUBettingSites.com for more updates!