Wales v France was a strange match for many fans because France was struggling so much. It’s no secret that France has been struggling throughout the World Cup, but their recent match was worse than usual. With a final score of 20-19, they were at least close to winning. Wales was building a lot of momentum by the time they scored the final try of the match.

While other matches this weekend were far more exciting, the close finish was enough to make things interesting. However, scrums and tackles really made things difficult for the French. It would seem that Wales v France was at least worth viewing. Even if the result was pretty obvious once France got a red card and dropped to 14 men. 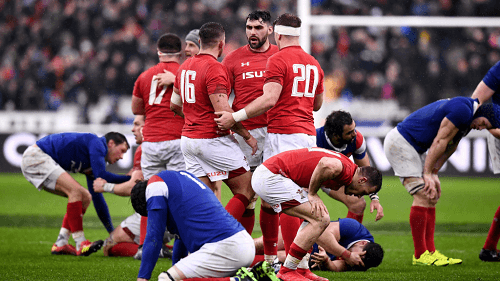 While it’s no surprise that the Welsh put up a good fight, their yellow card 30 minutes in was unexpected. Both teams also seemed determined to sub in as many players as possible in an effort to keep players fresh. Still, it was no help for France during the second half. One player even collapsed once Dan Biggar managed a spectacular try. Drama aside, it’s hard not to feel sorry for the boys in blue. Even though they had no chance of advancing.

Unfortunately, another referee scandal soured the end of the match. Reportedly, South African official Jaco Peyper was caught celebrating with the Welsh team after full-time. This type of behaviour is becoming commonplace, and World Rugby is doing nothing to stop it. Wales v France remains the most dramatic match yet.

Wales will be facing South Africa in the semis, and they’re expected to be sent home shortly after. The Springboks are just too determined to meet the Kiwis for Wales to get a ticket in. Of course, their odds to make it to the finals are slim and we don’t expect them to do so. Check out the odds below for the next bet.