The 2019 World Cup is fast turning into a scandal mill for World Rugby. After the first few matches, many fans remain outraged over basic officiating calls. This week, World Rugby acknowledged that referees had not “met desired standards” in two games over the weekend. In their statements, the governing body claimed that they had begun to address shortfalls with all 23 match officials.

However, it might be too late for the teams not favoured by some officials. During the Russia-Samoa match, two Samoan players broke official rules, but never received red cards. Moreover, the South Africa-New Zealand match had a similar bad call. Both referees involved haven’t been mentioned, but the acknowledgement from World Cup officials has put any further matches under a bright spotlight.

In the latest statement, World Rugby had this to say: “Elite match officials are required to make decisions in complex, high-pressure situations and there have been initial challenges with the use of technology and team communication, which have impacted decision-making. These are already being addressed by the team of 23 match officials to enhance consistency.”

“Given this proactive approach, a strong team ethic and a superb support structure, World Rugby has every confidence in the team to ensure that Rugby World Cup 2019 delivers the highest levels of accurate, clear and consistent decision-making.” 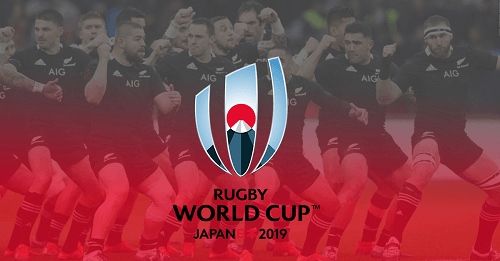 Australia’s Hopes for the Cup

In Australia’s first match of the World Cup, Reece Hodge reportedly lead a tackle with his shoulder. Yet the referee made no call at the time and Hodge was able to score eight points against Fiji. While we don’t want the Wallabies to lose, even Aussies understood that his tackle broke the rules. Following the match, Hodge was cited and will face a committee hearing where he could be banned from further play.

World Rugby’s choices are fast becoming controversial, and the teams left to play are likely going to wonder if they’ll be treated fairly. Of course, we may be worrying over spilt milk, but a fair tournament will only allow the winner to be deemed valid. Moreover, it will make the trophy that much sweeter to grasp.

Since they make the rules, World Rugby will need to step up sharply to ensure fair play. The fact that most referee decisions were made on the field without technological help is a big talking point. So, how will the governing body ensure that any further decisions are fair? Well, they claim to have brought in more officials and tech support. Consistency is key, so we hope they’ll actually manage it.

Keep visiting BestAUBettingSites.com for updates on the Rugby World Cup and other sport betting news!