A whip ban for all jockeys in horse racing is “inevitable” due to animal welfare interests. According to Racing Victoria’s chief executive, Giles Thompson, they will be banned in the next decade. He claims that a debate will continue until “whips are banned”. In addition, he says that whips will be “sustainable in the long term”.

Calls for an immediate ban on whips have been made by horse owners like Lloyd Williams. He claims that the ban will coincide with community standards around animal welfare. Moreover, Williams told the Herald Sun that there’s “no place” for whips in 2019. On the other side of the debate, Daniel Moor (a jockey) disapproves of banning whips. He wrote on Twitter that they “better ban jockeys, too”. 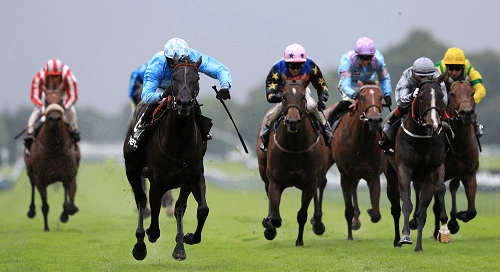 Reportedly, Williams believes that Australia should lead by example and ban whips. He claims that the industry has to be proactive to survive. Current laws allow five whips before 100m. However, the rest of the race has no limit for jockeys. This form of cruelty is just one of many issues face by Racing Australia.

After all, there’s still the investigation into the slaughter of winning horses going on. According to multiple sources, no horse is safe from the pet meat industry. Hundreds of thoroughbreds are sold to farms and kept in tight conditions until they are killed. This treatment has caused outrage in Australia, and many critics are calling for action.

When the investigation began, advocates against the cruelty called for boycotts of popular races. In fact, a lot of people are skipping the Melbourne Cup. Earlier this year, a swift exit by certain performers showed that the public disapproves of horse racing. Ticket sales have dropped, and organisers are betting on lower attendance.

So much of the negativity they face could use positive spins, but racing officials are at a loss. Maybe a whip ban won’t be the worst thing to introduce. We’ll be paying close attention to any developments in Australia.