After becoming world #1, Ashleigh Barty is now the proud winner of two Aussie awards. Last week, she became the Don at the Sport Australia Hall of Fame awards. Now, she’s won Sportswoman of 2019 for her win at the French Open. With so much under her belt already, great things are expected from Ashleigh Barty in upcoming tournaments.

While she couldn’t make it to the ceremony, Ashleigh Barty accepted the award via video. She said that she “was very fortunate” to receive a nomination. In addition, she said winning was a bonus and that she is fortunate to be nominated with “so many other empowering women”. Other winners included the Australia women’s national cricket team for Team of the Year. 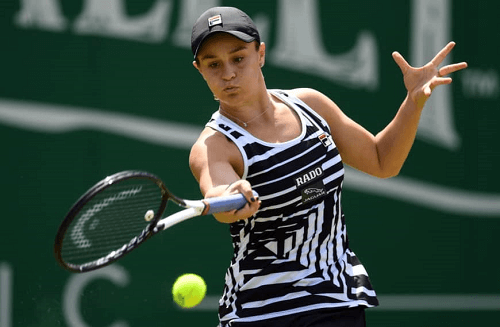 The Communications Director of Women Sport Australia, Louise Evans, applauded Ashleigh Barty “as a champion”. She further stated that Barty was “gracious in victory and defeat”. The women’s cricket team were also mentioned for their “domination on the global stage”. Evans further called attention to the pay parity issues in the industry and the equal media disputes. She pointedly mentioned the ICC T20 Cups to be hosted in Australia next year.

Prize pools are estimated at USD2.4 million (AUD3.6 million) for the women’s tournament. While the men’s tournament was USD5.6 million (AUD8.3 million). This disparity is a big issue for many female athletes the world over. Most leagues don’t want to address this, but the gap is slowly closing for many in the field.