In a bid to get back on form, a new rugby academy has been opened to start training future Wallabies. The International Rugby Academy of Australia (IRAA), is modelled on the New Zealand program, and hopes to turn around Aussie rugby. Through Murray Mexted’s guidance, the new players will be put through their paces. They will also have “unique access” to rugby greats like John Eales, Phil Kearns, and Nick Farr-Jones.

While the rugby academy is based on the New Zealand program from twenty years ago, there are hopes for a new take on rugby. This is one of the latest measures introduced by Rugby Australia (RA) after they hired Dave Rennie to coach the Wallabies. Critics are already predicting more problems for the team under the Kiwi coach. Reportedly, only a home-grown candidate would satisfy the critics. However, RA Chief Raelene Castle claims that there weren’t any qualified Aussie applicants since Eddie Jones is coaching England. 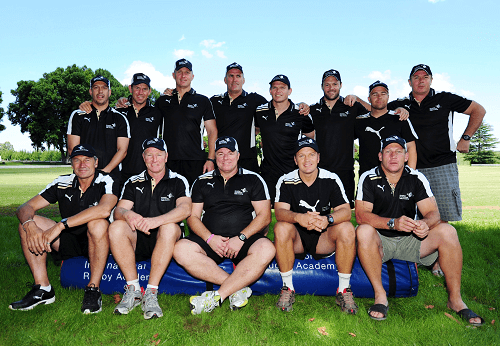 With so many big names to work with, the program is primed for success. Since it’s also using tried and true methods from the Kiwis, the new rugby academy could start turning out some star players soon. Still, they first have to “identify and nurture talent” before it gets poached by the AFL and soccer. In an interview with Michael Lynagh, he revealed that the program has a few things to fight as well.

Lynagh claims that the biggest challenge for the rugby academy is generating interest in sports. Apparently, there are a lot of distractions for prospective players, such as the internet and other sports. Of course, every new venture has its challenges, so there’s hope yet for the new program. If it proves to be successful, Australia could look forward to a future World Cup win.

However, criticisms over Dave Rennie aren’t helping matters. According to Lynagh, Rennie is the best for the job if he went through the interview process successfully. In addition, Lynagh believes that the new coach should train Australian coaches, so that his successor is an Aussie. Since this is a big sticking point for most fans and critics, it could be a good move. Maybe a coaching program at the rugby academy could help.