The Fed Cup 2019 could actually come to Australia for the first time since 1974 thanks to Ashleigh Barty. As the World No1 tennis player, she’s got a big chance to take it and the odds are positive. Barty has managed a perfect 6-0 streak that could see Australia finally win something this year. All hopes are riding on the player as she gears up for the final match on 9 November.

Australia v France will be the last match of the Fed Cup 2019, so taking the odds could win punters a little cash. If you’re not feeling optimistic about an Aussie victory, we’d suggest splitting bets. After all, the options here in Australia are varied. While we think that Ashleigh Barty could take the singles and doubles fixtures, you never really know. 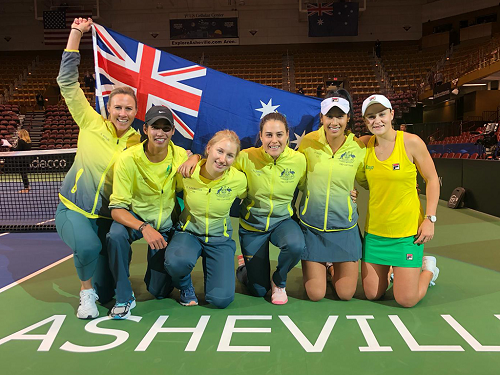 Two singles matches are set for 9 November, with the reverse singles and doubles on 10 November. All of the matches will be held at RAC Stadium in Perth. We’re going to watch at home, but the stadium has a 13 500 capacity.

Since Barty’s record up until now is so stacked, we believe her matches will be worth a wager. The Ladies World No1 is a clinical player, and she rarely loses here cool. Our other champions are just as good, but we’re not as confident. Of course, we’re just biased to Australia’s leading champion and we really need a win in any sport. Odds on the Fed Cup 2019 are 1.58 for Australia and 2.24 for France.

Keep visiting our site to stay up-to-date on the latest tennis news!