League of Legends Worlds 2019 has officially kicked off with the release of the theme song for the tournament. Every year, Riot Games puts out a song that is meant to inspire fans and players for the event. This year’s title “Phoenix” is no exception as the opening matches are played, it already has over three million views. In addition to their new release, bookmakers are now taking odds on the biggest eSports tournament of the year.

If you’re feeling a little offended, we meant that their viewership is the biggest in the world. According to Twitch, games streamed live have been watched for nearly 20 million hours. While there have been spikes, the League of Legends Worlds 2019 is set to break more records for viewership. In fact, they’re anticipating it. 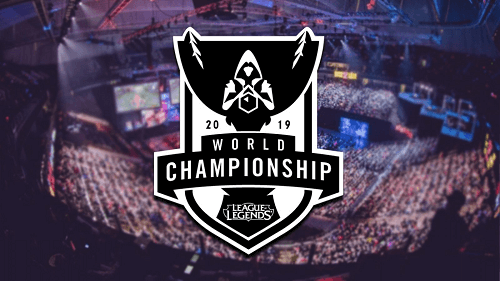 League of Legends Worlds 2019 Gearing Up

Famous players are in no short supply for Riot Games, and they feature the best at every opportunity. So, when making bets on specific players, we recommend becoming familiar with the biggest names. Moreover, we recommend learning a little more about the game itself before taking any odds. Keep in mind that there are a lot of intricacies to the game, and they will affect the overall odds.

While many are tempted to bet on Korean teams like SK Telecom T1, who have won three times, we don’t recommend resting all hopes on them. After all, eSports are especially tricky and they have lost for two years. Then again, this could be the year where they take it all again. It’s all up in the air.

If you’re looking to have some fun, check out the predictions League of Legends takes on their official website. If you’re more interested in real betting, check these sportsbooks out. We also highly recommend LOOT.BET and Betway.

Keep visiting BestAUBettingSites.com for updates on the latest eSports News!