LOOT.BET, a dedicated eSports bookmaker, has partnered with the eSports Integrity Commission to fight corruption. As part of the deal, they will provide data for conducting and initiating investigations. The deal forms part of the commission’s goal to “make eSports as fair as possible”. Whether or not the data provided will be shared with outside parties hasn’t been mentioned.

In a statement by Ian Smith, the Commissioner of the eSports Integrity Commission (ESIC), it was mentioned that LOOT.BET had already assisted an investigation before. He also welcomed the sportsbook as a “new Anti-Corruption Supporter”. Moreover, Smith expressed hope that their Memorandum of Understanding would help to ensure that eSports are “free from corruption and fraud”. A tall order that many regulators are still struggling with in other professional sports. 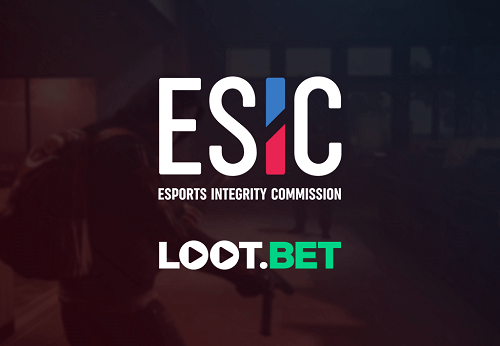 As part of the partnership, all betting data collected by LOOT.BET will be monitored for suspicious behaviour. They will be focusing on professional gaming events like tournaments where a large number of bets could change. However, other behaviour could also be monitored, such as problem gambling and other regulatory conditions.

Paul Brel, head of communications at Livestream Ltd, added, in a separate statement, that they were aiming to create “high trust” in the brand and the sport. Through the ESIC’s “infrastructure, experience, and expertise” they hope to detect match-fixing. In addition, the new measures will be used to “protect customers” from possible harm.

Earlier in 2019, the ESIC rebranded from the eSports Integrity Coalition to the eSports Integrity Commission. Their decision was announced at ESI London by the non-profit organisation. The decision was made to “more [meaningfully] target the integrity needs” of the industry. As a newer regulator, they certainly try to be fair towards the industry. After all, eSports have only recently been accepted into professional sports.

Dedicated eSports betting sites are also fairly new, so having proper oversight is equally welcome. LOOT.BET will probably be joined by other bookies in the coming months to fight corruption in the industry.