Geelong Cats Coach Chris Scott is confident that Jack Steven will be returning to the team after a mysterious stabbing. On Sunday, the midfielder self-admitted to a hospital with a mysterious stab wound. Although Steven was discharged on Tuesday, the Victoria police are still investigating the incident.

With few details and radio silence on Jack Steven’s part, Chris Scott is predicting his return to the team in a matter of days.

Since it’s unclear where he was stabbed and what happened on Sunday morning, predictions by the coach seem optimistic. 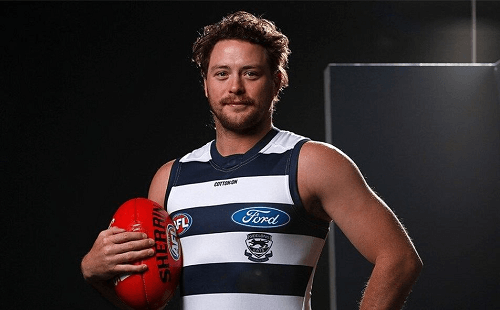 Many have called the incident an “AFL integrity matter” and believe that Steven should make his case before playing again. In Scott’s statement, he says that people have “jumped the gun” by “assuming the worst in people [Steven]” without the facts.

Based on the Geelong coach’s statements, the midfielder hasn’t revealed anything to his team.

Despite the current sentiments, the Cats’ coach is convinced of Steven’s innocence and claims he’s clearly the victim. Without explicit knowledge of where the player was stabbed, it’s unclear when Jack Steven will actually return to the team.

So, any predictions right now are purely based on hopeful outlooks.

For now, the coach called on fans and critics alike to grant the player privacy as he recovers and to stop speculating if he’s a victim or not. After all, that’s the police’s job, and they’re staying mum.

If Jack Steven can recover on time, he’ll need to go back to training quickly before the league resumes on 11 June. Framework for the new AFL regulations makes it clear that teams will be closely monitored for symptoms and exposure to COVID 19.

According to the safety guidelines, players will be tested 24 hours before training sessions and games. Every player had already been swabbed when the “return to play” plans were announced.

On 15 May, the AFL announced plans to start the 2020 season, but the framework for health and safety is still in the early stages. Also, AFL Chief Executive Gillon McLachlan revealed that no contact training would begin on 25 May.

Further regulations are expected by then to cement the season’s new rules.

For more footy and sports news, keep visiting our website!